I happen to think that pushing beyond plain text is one of the most important tasks for programmers today, or as Conor McBride put it:

The real modern question for programmers is what we can do, given that we actually have computers. Editors as flexible paper won't cut it. 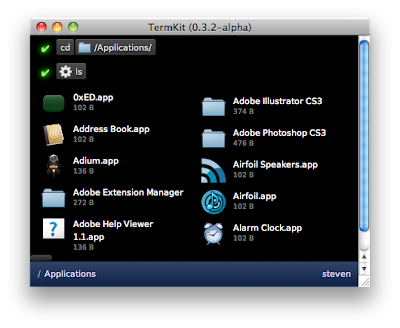 It brings back memories of Apple Dylan: 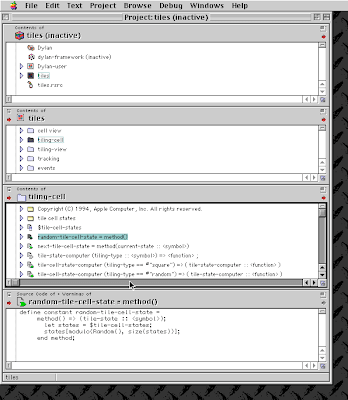 It's simple: replace plain text files with collections, and lines with objects, and you get Good Things for free!
For example: Scott McKay describes the DEUCE editor:

The editor for FunO's Dylan product -- Deuce -- is the next generation of Zwei in many ways. It has first class polymorphic lines, first class BPs [buffer pointers], and introduces the idea first class "source containers" and "source sections". A buffer is then dynamically composed of "section nodes". This extra generality costs in space (it takes about 2 bytes of storage for every byte in a source file, whereas gnuemacs and the LW editor takes about 1 byte), and it costs a little in performance, but in return it's much easier to build some cool features:

- Multiple fonts and colors fall right out (it took me about 1 day to get this working, and most of the work for fonts was because FunO Dylan doesn't have built-in support for "rich characters", so I had to roll my own).

- Graphics display falls right out (e.g., the display of a buffer can show lines that separate sections, and there is a column of icons that show where breakpoints are set, where there are compiler warnings, etc. Doing both these things took less than 1 day, but a comparable feature in Zwei took a week. I wonder how long it took to do the icons in Lucid's C/C++ environment, whose name I can't recall.)

- "Composite buffers" (buffers built by generating functions such as "callers of 'foo'" or "subclasses of 'window') fall right out of this design, and again, it took less than a day to do this. It took a very talented hacker more than a month to build a comparable (but non-extensible) version in Zwei for an in-house VC system, and it never really worked right.

Of course, the Deuce design was driven by knowing about the sorts of things that gnuemacs and Zwei didn't get right (*). It's so much easier to stand on other people shoulders...

Reading that quote from McKay--fast forward to current day--struck by the realization he could've been talking about the Browser & Javascript Machine rather than the Lisp Machine. Exciting times.

Awesome blog name, and thanks for the plug!