Roly Perera, who is doing awesome work on continuously executing programs and interactive programming, tweeted that we should take inspiration from nature for the next generation of PLs:

The first point is one I'm thinking about in the context of what I call hypercode.

Common Lisp is - as usual - an interesting example: with its Sharpsign Dot macro character, one can splice in real objects into the source code loaded from a file.

And with Sharpsign Equal-Sign and Sharpsign Sharpsign, we can construct cyclic structures in files: '#1=(foo . #1#) reads as a pair that contains the symbol foo as car, and itself as cdr: #1=(FOO . #1#) (don't forget to set *print-circle* to true if you don't want to get a stack overflow in the printer).

The question I'm thinking about is: what happens if source code consists of the syntax objects themselves, and not their representations in some format? Is it just more of the same, or a fundamental change?

For example: what if you have a language with first-class patterns and you can now manipulate these patterns directly - i.e. they present their own user interface? Is this a fundamental change compared to text or not?

As Harrison Ainsworth tweeted:
Posted by Manuel Simoni at 14:10 4 comments: 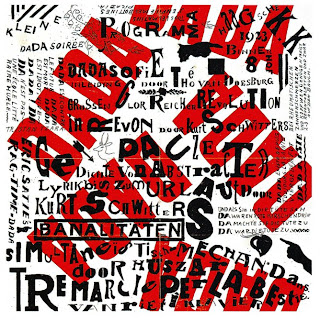 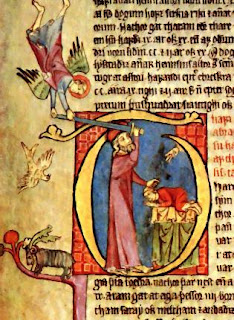 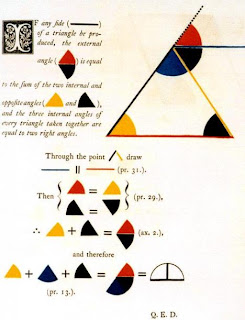 Escape from the Tyranny of the Typewriter 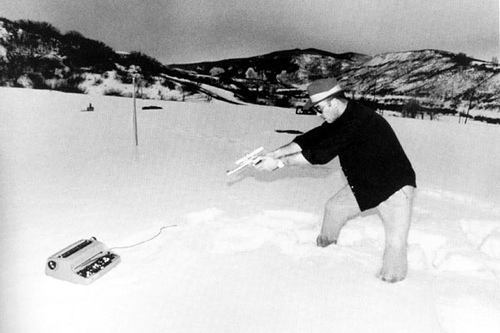 One misconception of computing is that plain text is somehow the natural thing for a computer to process. False. It only appears that way, because even the lowest layers of our computing infrastructure are already toolstrapped to work with the bit patterns representing plain text.

Thinking about graphical syntax, combined with the brain stimulating powers of Kernel, it occurred to me that in a fundamental sense,

(Note that I'm assuming the existence of a Sufficiently Smart Partial Evaluator in all my investigations. As history shows, after the 5 decades it takes for Lisp ideas to become mainstream, it's perfectly possible to implement them efficiently.)

This harks back to my previous post about using and mentioning syntax. The (+ 1 2) is the way we directly use the syntax, whereas (eval (list + 1 2) (get-current-environment)) is the way we use mentioned syntax.

But why have two? Obviously, in a typewriter-based syntax, writing (eval (list + 1 2) (get-current-environment)) all the time would be much too cumbersome. But in a graphical syntax, the difference between the two might be just a different border color for the corresponding widgets.

This means: maybe we don't even need a way to use syntax, and can get by with just a way of mentioning it.

Put differently: In typewriter-based syntax, we cannot afford to work with mentioned syntax all the time, because we would need to wrap it in (eval ... (get-current-environment)) to actually use it. A graphical syntax would make it possible to work solely with mentioned syntax, and indicate use in a far more lightweight way (e.g. a different color).

But maybe that's bull.
Posted by Manuel Simoni at 20:13 4 comments:

What is Lisp syntax, really, and the use-mention distinction

After a couple of days of thinking about this on and off, in the context of hypercode/graphical syntax, I came to these thoughts:

I think the cornerstone of Lisp, wrt to syntax, is that the barrier between using a piece of syntax and mentioning it is very low.

The green border around the variable bindings, and their gray background is meant to indicate that the set of bindings is not just usual Lisp list-based syntax, but rather that we're using a special widget here, that affords convenient manipulation of name-value mappings.

This point is important. The graphical syntax is not equivalent to (let ((x 1) (y 2)) (+ x y)) -- it doesn't use lists to represent the LET's bindings, but rather a custom widget. The LET itself and the call to + do use "lists", or rather, their graphical analogue, the gray bordered boxes.

So it seems that we have introduced syntax dedicated to semantics, making this language less Lisp, if John's statement is true.

But I believe this is the wrong way to look at it. Shouldn't we rather ask: does this new syntax have the same low barrier between using and mentioning it, as does the existing Lisp syntax?

Which leads to the question: how can we add new (possibly graphical) syntax to Lisp, while keeping the barrier between use and mention low?

In conclusion: my hunch is that we can add syntax to Lisp, without making it less Lisp, as long as the new syntax can be mentioned as naturally as it can be used.

Follow-up: Escape from the Tyranny of the Typewriter.

If you've posted a comment in the past couple days, and it hasn't showed up, please repost it. Thanks.

(The Blogger GUI showed me that there's an unmoderated comment, but when I clicked on it, it wasn't there, so maybe it got lost somehow.)
Posted by Manuel Simoni at 12:21 No comments:

Fear and Loathing at the Lisp Syntax-Semantics Interface 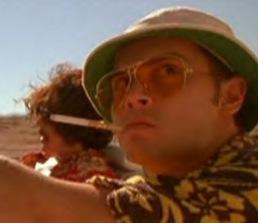 You poor fool! Wait till you see those goddamn parentheses.

Recent investigations of xonses and first-class patterns have driven home an important point:

Part of Lisp's success stems from its heavy use of puns.

Take (LET ((X 1) (Y 2)) (+ X Y)) for example. The pun here is that the same syntactic device - parentheses - is used to express two wildly different things: calls to the LET and + combiners on the one hand, and a list of bindings on the other. 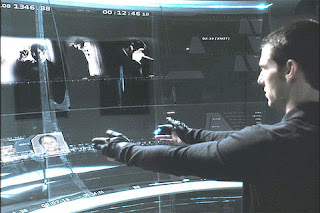 Let's step back from Lisp's typewriter-based syntax for a moment, and imagine a graphical 2D syntax and a convenient 2Dmacs hypercode editor. Since we're now fully graphic, fully visual, it makes little sense to construct lists. We construct real widgets. So we would have one widget for "list of bindings" and all kinds of snazzy displays and keyboard shortcuts for working with that particular kind of form.

We don't have that editor yet, but still it makes sense to think about first-class forms. Right now, we restrict ourselves to lists and atoms. But why shouldn't the list of bindings of a LET be a special form, with a special API? E.g. we could write (LET [bindings [binding X 1] [binding Y 2]] (+ X Y)). Of course this is horrible. But look back at the imaginary 2D editor again. There we wouldn't have to write the [bindings [binding ... stuff. We would be manipulating a first-class form, a special GUI widget for manipulating a list of bindings...
Posted by Manuel Simoni at 01:14 3 comments:

I have rewritten my interpreter to use xonses throughout. As expected, Lisp code that doesn't use them is unaffected, and continues running as-is.

To recap: xonses are like conses, but in addition to car and cdr, they may have any number of other slots.

The differences between a Lisp/Kernel with conses and one with xonses are mostly:

All in all, xonses fit into the usual Lisp framework.

One big problem remains, which is why my new interpreter doesn't work:

In the x-expression (open-file "README" :mode "rw"), the :mode slot gets attached to the first xons, the one whose car is open-file. Per the usual evaluation rule, a combiner uses the cdr -- ("README") -- of the form it appears in as operand, and so it doesn't see the :mode slot.

I think it boils down to this: once we have arbitrary slots and not just car and cdr, it may make sense to remove the usual Lisp rule that the car of a combination contains its combiner. Maybe we need an explicit combiner slot:

Mirroring the fact that there's no nil, this also has the nice symmetry that calling a combiner without arguments requires no car and cdr anymore:

In my Kernel implementation Virtua, every object can potentially act as a left-hand side pattern.

A pattern responds to the message match(lhs, rhs, env) -- where the LHS is the pattern -- performs some computation, and possibly updates env with new bindings. The rules for Kernel's built-ins are:

Now, why stop at these built-ins? Why not add first-class patterns? We only need some way to plug them into the parsing process...

An example: In Common Lisp, we use type declarations in method definitions:
(defmethod frobnicate ((a Foo) (b Bar)) ...)

(a Foo) means: match only instances of Foo, and bind them to the variable a.

Another example would be an as pattern, like ML's alias patterns or Common Lisp's &whole, that lets us get a handle on a whole term, while also matching its subterms:
(lambda [as foo (a b c)] ...)
binds foo to the whole list of arguments, while binding a, b, and c to the first, second, and third element, respectively.

Another example would be destructuring of objects:
(lambda ([dest Person .name n .age a]) ...)
would be a function taking a single argument that must be an instance of Person, and binds n and a to its name and age, respectively.

With first-class patterns, all of these features can be added in luserland.
Posted by Manuel Simoni at 18:30 No comments:

I think I finally had the breakthrough regarding named parameters and conses: Xonses.

A bit more here on the klisp group, and I'll keep you posted here, of course.
Posted by Manuel Simoni at 00:38 2 comments: