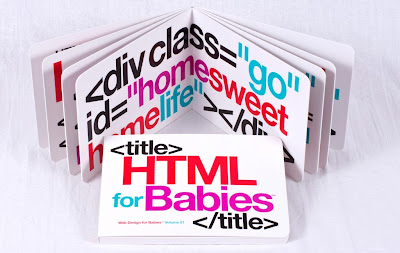 Posted by Manuel Simoni at 11:25 No comments:

Another awesome talk by Alan "I invented the term" Kay, after the recent Programming and Scaling.

"The internet is practically the only real object-oriented system on the planet." (~30:00)

Also, the notion of reinventing the flat tire can't get enough airtime.

Posted by Manuel Simoni at 15:40 No comments:

I really need to understand Zippers. This seems like a good article. In the meantime, I'll meditate on the following diagram. 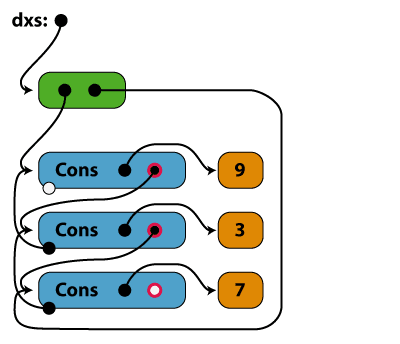 Attached hereto as Exhibit D is a true and correct copy of a still image taken from Stanley Kubrick's 1968 film "2001: A Space Odyssey." In a clip from that film lasting about one minute, two astronauts are eating and at the same time using personal tablet computers. The clip can be downloaded online at http://www.youtube.com/watch?v=JQ8pQVDyaLo. As with the design claimed by the D’889 Patent, the tablet disclosed in the clip has an overall rectangular shape with a dominant display screen, narrow borders, a predominately flat front surface, a flat back surface (which is evident because the tablets are lying flat on the table's surface), and a thin form factor. 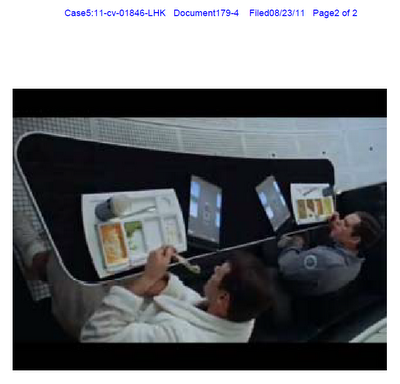 (via @chris_stevenson:@stilkov)
Posted by Manuel Simoni at 23:16 4 comments:

Software is a branch of movies

A post by HXA about the ideology of software engineering prompted me to re-read an old Ted Nelson essay. Some choice quotes:

"Virtual" does not mean, as many think, three-dimensional. It is the opposite of *real*.

Software is a branch of movies.

I love Kernel! Let's face it: While Paul Graham has reanimated Lisp, Lisp has become stuck in a rut. CL hasn't changed since '94, and it probably won't, and heck, that's even a good thing - CL is the mud ball of strength, the acting patriarch of the Lisp family. There's a better chance of CL being around in 50 years than most other programming languages. The same for Scheme, although it's in a bit of an identity crisis right now. But what's crazy about Scheme is that it has become focused on ahead-of-time compilation, in a world where people run Linux in JavaScript JIT compilers. One of the purposes of Scheme should be to push compiler writers to be smarter. Let's forget all that static, performance-oriented stuff, let's make it as dynamic and general and simple as it can get, and spend the following decades on amazing new tech to make it fast! That's what Scheme's about, right? And let's not talk about Clojure, they don't even "see the need" for EVAL [in ClojureScript]. So much for the state of Lisp. Can you see it? We need to put the fun, nasty fun, back into Lisp. Lisp has been resting on its well-deserved laurels for much too long. Heck, even Java is getting lambdas now, and there's talk of macros in JavaScript. Lisp's purpose in the programming language galaxy is to assist our most gifted fellow humans in thinking previously impossible thoughts, remember? Do you really think current Lisps are up to that task?

So where does Kernel fit in? In short, I think Kernel is as close as you can get to the essence, the rhyming scheme of Lisp. Whereas the R6RS doesn't even mention interactive development, Kernel is squarely interactive. And it provides crystal clear semantics to go with it. LETREC blackhole? Hopeless toplevel? Not in Kernel. First-class environments solve these issues. Look, Kernel has a single form, $vau, that is as powerful as lambda, define-syntax, and let-syntax combined! (Strike that, it's even more powerful - you can use Kernel's macros, fexprs, just like ordinary functions.) Need I say more? Kernel can truly bootstrap itself from its 3 (or less) built-in forms (counting them is not easy), without the need for a separate expansion process, and without the need for a hygiene system - Kernel is simply inherently hygienic (when used right). Another form, $define!, not only takes on the roles of define and set!, but also doubles, nay, triples, nay, n-tuples, as a primitive for arbitrary namespace manipulation - you can build any module system you like on top of this single primitive! Think about it? Can your language do that? Fat chance! But should your Lisp be able to do that? I'd say. Now, you say, but no one has written real applications in Kernel yet. I say: that's what's so cool about it! It's a brave new world, without trodden paths, full of new discoveries in semantics, implementation technologies, and other things we can't even see yet. In the past 50 years, Lisp has succeeded in bringing object-orientation, dynamism, functional programming, and other niceties to the philistines. Soon, they'll even have macros and EVAL. Now it's time for Lisp to move another 50 years forward. That's what Lisp is for! And as far as I can see, Kernel is the vehicle for that. So fire up your printers, print out John Shutt's amazing works Fexprs as the basis of Lisp function application; or, $vau: the ultimate abstraction and the Revised -1 Report on the Kernel Programming Language, bind them, study them, and start hacking on Lisp's future! It's easy (nah, OK, it's hard) and it starts with you!
Posted by Manuel Simoni at 13:25 6 comments:

I'm keeping a quite detailed log of Virtua on the new Subjot service: http://subjot.com/manuel/virtua.

(Subjot is an interesting new microblogging service, where every user has multiple streams, and you can choose which to follow. Here's an invite. I have no affiliation with Subjot.)
Posted by Manuel Simoni at 17:18 2 comments:

Virtua will be my next programming language, with the following core features:
Virtua will be written in JavaScript. The goal is to make Virtua a good command language for interactive, extensible, browser-based applications, like an Emacs for hypermedia.

If you're interested to work with me on Virtua, do get in touch!
Posted by Manuel Simoni at 02:36 4 comments:

Delimited continuations are one of those topics where you need to spend months or maybe even years in the cloud of unknowing, until it suddenly makes click. At least, that's this autodidact's experience.

So, the first thing we do is call newPrompt (at the bottom) to obtain a fresh prompt, and then we pipe that into the function (at the top), so that we have a name, p, for the prompt. Inside that function we have the addition of 2 to a second expression, that pushPrompt's p on the stack, i.e. delimits the stack at this point. The if is called inside the new context delimited by p. Now it gets hairy: The if's test expression is a withSubCont, so it immediately aborts up to the outer pushPrompt and then calls the function that is its second argument with k bound to the rest of the computation between the withSubCont and the pushPrompt. What's the rest of that computation?? Well, by the magic of delimited control, k is now equivalent to the function λb. if b then 3 else 4. This is what I meant when I said that delimited continuations allow us to abstract over control flow - we have just turned an arbitrary, dynamic control flow sequence into a function. (Well, it's not really a function, but we can use it like one.) OK, so we have aborted back up to pushPrompt, and in k we have the rest of the computation as a function. What do we do with it? Well, we call it using pushSubCont once with False and once with True as argument, and we add the two results, giving us 7. Note that we just called the delimited continuation twice! We can not only abstract over arbitrary control flows, we can also call them as many times as we like. Now the whole shebang inside pushPrompt is over, and we return to the addition of 2 to our result of 7, giving us 9.

I think this is really a nice way to learn about implementing tail-calls and first-class continuations.

Schampignon is undocumented, because it's really just a rewrite of the Scheme code in section 3.4 of the dissertation, which explains things nicely. (Still, it took me a couple of days to figure out how it works.)

My next steps will be to add delimited continuations and fexprs to the code.
Posted by Manuel Simoni at 21:35 No comments:

I was discussing implementation inheritance on Twitter (no really!), when it dawned on me that my discussion partner was from a different "paradigm cult", and no agreement was possible.

John Shutt describes it nicely in his post Memetic Organisms:

The meme set carried by the [memetic] organism includes a mass of theories, some of which contradict each other. At the center of this mass is a nucleus of theories that are supposed to be believed (part of what Kuhn called a paradigm). Surrounding the nucleus are theories that are meant to be contrasted with the paradigm and rejected, together with memes about how to conduct the contrast; one might call this surrounding material the co-nucleus.

For the Clojurian I was talking to, implementation inheritance is co-nuclear. There's probably no way for him to accept that it has valid uses.
Posted by Manuel Simoni at 14:47 No comments:

AMD Fusion Developer Summit Keynotes, about AMD's upcoming "Cray on a Chip". Basically, they'll make the parallel processors (formerly known as GPUs) coherent with the brawny sequential CPUs, allowing you to "switch the compute" between sequential and parallel, while operating on the same data (e.g. fill an array sequentially, then switch to parallel processing to crunch the data, all in the same program - and memory space).

[racket] design and use of continuation barriers, by Matthew Flatt. "Use a continuation barrier when calling unknown code and when it's too painful to contemplate multiple instantiations of the continuation leading to the call."
Monads and Effects is a bad marriage, by David Barbour (who is probably really a front for an army of intellectual badasses). "Monads capture a lot of effects by default: ordering/time, identity, state, commitment, and unbounded time/space resource consumption."

Tutorial: Metacompilers Part 1, about META II, the one Alan Kay and the other VPRI folks always talk about. "You won't really find metacompilers like META II in compiler textbooks as they are primarily concerned with slaying the dragons of the 1960s using 1970s formal theory."

Microsoft and the Bavarian Illuminati: "In the Object Linking and Embedding 2.0 Programmer's Reference there is a very curious term. On page 78, the second paragraph starts with the sentence, 'In the aggregation model, this internal communication is achieved through coordination with a special instance of IUnknown interface known as the /controlling unknown/ of the aggregate.'"
Posted by Manuel Simoni at 16:48 No comments: 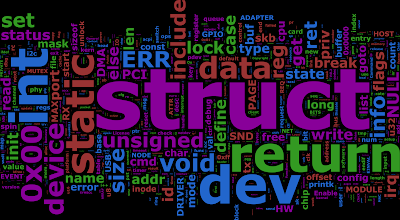 (click to enlarge; via @hexmanshu)
Posted by Manuel Simoni at 18:32 No comments: